While good body grooming and cleanliness is a serious subject we think this seriousness can be taken too far!
These very funny hair removal videos and parodies might make you laugh out loud.

Parody Of Taylor Swift's - Shake It off - Or - Shave It Off

Map Of Tasmania - Not For the Sensitive

Hamlet – To Be or Not To Be Parody

To shave or not to shave, that is the question:

Whether ‘tis better in this climate to wear pants

Or to use a shaver against a forest of stubble, and

By using it, remove it?

To shave; to wax; no more; and by waxing we

To shave, to wax; to wax; perchance, be smooth—ah, that’s the problem!

For in the tub what cuts may come when

We have gotten rid of the reluctant hair, might make

Guys stare: there’s the attention among the chaos

Of teenage life; for what girl would want such

The prickly hair on your legs, wearing shorts delays

Because the regrowing stubs overtake the moisturizing-stripless razor.

Who would encounter these loathsome legs after

A close shave, the undiscovered areas where no man has gone before.

It makes a girl ponder whether to wear jeans

With uncleared legs or to rid herself of growth and pursue shorts.

This tribulation makes us girls crazy!

May all the scars be remembered. 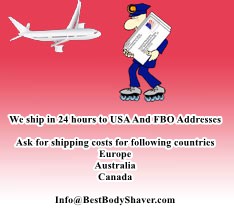 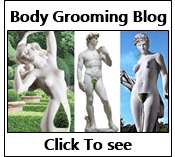 "5.0 out of 5 stars Best intimate shaver you can buy. I dare you to find one better."
Verified Purchase
I have owned these shavers for many, many years. They went away for a while but are now back. The shave from these little gems are amazing. You need to use your razor first, then this tool. Read the instructions and pull the skin when shaving intimate areas. Be gentle but firm. You will not believe how smooth you can get."
"NO SHAVER RASH OR INGROWN HAIRS"
" Tried the Bare It All shaver and it really works as good as my old safety razor. I did not think it would but it did. What is priceless for me is that it has been more than a week now and no rash or ingrown hairs and no itching."

"BEST SHAVER EVER"
This shaver is a very delicate tool!! You cannot just pull this out of the box & start using it. I read the instruction manual cover to cover and still made mistakes. If used as instructed, this shaver is by far the best "sensitive area" shaver ever!!!

Copyright BestBodyShaver.Com. All Rights Reserved Worldwide. Use of this website and all transactions are subject to the laws of the State of Nevada - USA
3dcart Design by The Cart Designer
Quick View
SSL Certificates